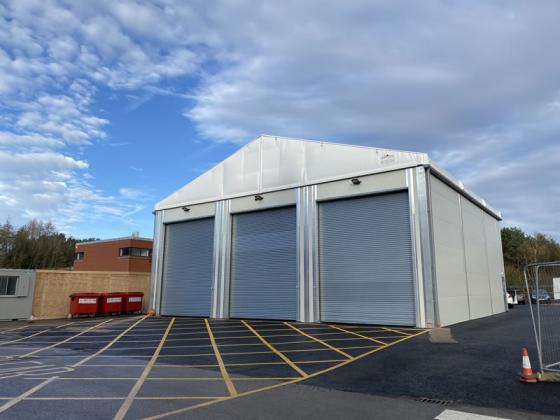 Telford fire station is one of three whole-time fire stations that cover the Shropshire, Telford and Wrekin area. It is part of Shropshire Fire and Rescue, a consistently high performing fire service. Telford needed a brand new fire station which meant that a temporary solution to accommodate three fire appliances would be required to allow the service to continue to operate during the build period.

A supplier to design, supply and install the temporary appliance bay was needed

Shropshire-based building contractor and civil engineer company McPhillips (Wellington), managing the project, needed to find a supplier to design, supply and install the temporary appliance bay. McPhillips approached several companies and Smart-Space won the contract based on its reaction time, enthusiasm and competitive costs and terms.

“We had a checklist to work from and we were very pleased with the Smart-Space approach. We had several meetings, including some online, to discuss timings and the way the project would be managed. It went very smoothly” explained purchasing manager, Roger Cox.

McPhillips laid the tarmac surface for the 3-bay building. The temporary structure is secured directly to the base and, due to its light frame and temporary nature, doesn’t require foundations.

The unit was designed to accommodate three fire appliances and also some additional space which has been allocated as a fitness and training area - for use between call-outs. An access point was also created to create a walkway between the temporary building and the existing offices.

“From start to finish the process took 6-8 weeks”

The building is 15m by 15m by 6.2m and comprises three roller shutter doors and three personnel access doors. It has a thermal, inflatable roof that provides lots of light so it feels spacious and airy.

“We worked with a good team from Smart-Space including Callum Carter who was our initial contact through to Will Mason who managed the site checks for compliance and rigorous risk assessment and then on to the installation team, managed by Andy Freeman and Russ Slater.

The installation was well organised, undertaken swiftly and without any drama. From start to finish the process took 6-8 weeks which we were very pleased with” said Roger.

Smart-Space would be our first port of call

Smart-Space also recommended a fit-out contractor who worked out very well and continue to be used on other McPhillips’ projects.

It is expected that the Smart-Space solution will be used for approximately twelve months. “If we were to have a similar requirement again in the future, Smart-Space would be our first port of call” . 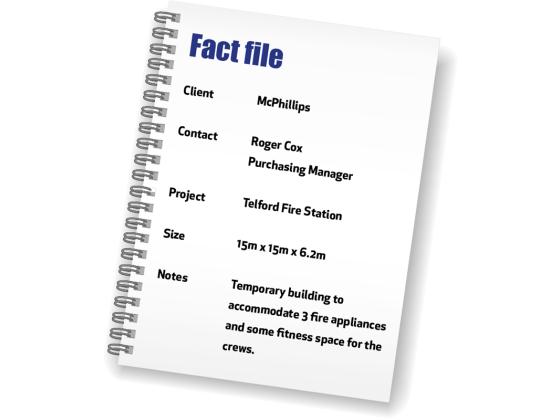 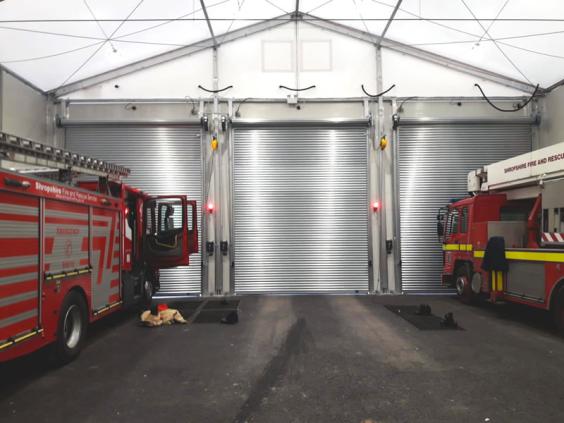 Smart-Space won the contract based on its reaction time, enthusiasm and competitive costs and terms.

Smart-Space ticked all the boxes.

The installation was well organised, undertaken swiftly and without any drama.

From start to finish the process took 6-8 weeks which we were very pleased with” said Roger.

Smart-Space won the contract based on its reaction time, enthusiasm and competitive costs and terms.