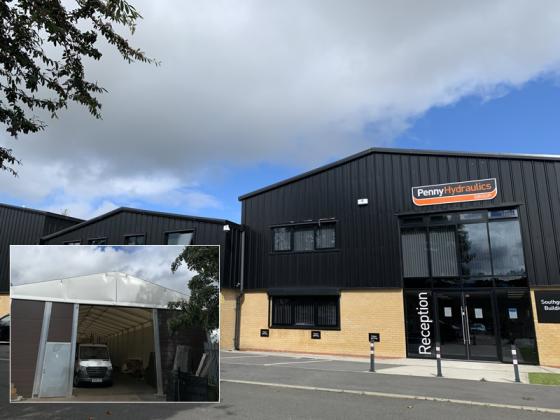 As a fulfilment business that delivers direct to businesses and their clients’ customers, the depot sees between five to ten containers inbound and three to five lorries leaving each day - that’s a lot of toilet rolls.

The business requires a lot of European stock to keep lead times to a minimum so the company took the view that a substantially higher stocking level would help to future-proof and insure against potential problems. As MD Robin Penny pointed out: “You can’t sell what you don’t have”. As much of their stock is from Italy, it was important to be ready for any issues with getting all the stock they would need - particularly in the face of Brexit negotiations.

It was agreed that a new warehouse was the solution but due to the factory being sited on a reclaimed coal mine, a permanent building would have proved expensive in terms of ground preparation - so a temporary building emerged as the best option.

“As this was our first use of a temporary building we needed help and advice to make sure we got what we needed. Detailed designs and costs were drawn up by three prospective suppliers but the clear winners with sound advice and clear pricing options were Smart-Space” explained Robin.

“Literally all we had to do was plug it in!”

The ground was tested for its suitability for the building without special preparation; saving Penny Hydraulics thousands of pounds. The type of structure was designed exactly to meet their needs, even being finished to match their existing building. “It was delivered with doors and lighting and literally all we had to do was plug it in! “

Whilst initially built in preparation for Brexit and any resulting supply chain delays, the extra storage has enabled the business to continue trading without disruption throughout the Covid-19 pandemic.

There was considerable media interest in the forward thinking of Robin Penny and he even appeared on Sky News and ITN talking about plans to keep their business in a healthy position in the face of any supply-chain interruptions. 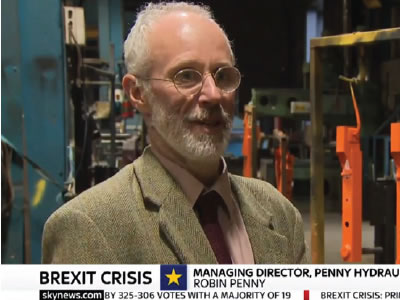 Fast forward twelve months and the team had found the space so useful that they contacted Smart-Space again to request an extension of a further two bays to take the building right up to the boundary. This proved to be a relatively straightforward update and significantly easier than extending a more traditional building - demonstrating how configurable the units are.

The extra 440 m2 of space has proved invaluable and is used for load-testing cranes with the remainder fitted with a mezzanine floor for two storey storage. 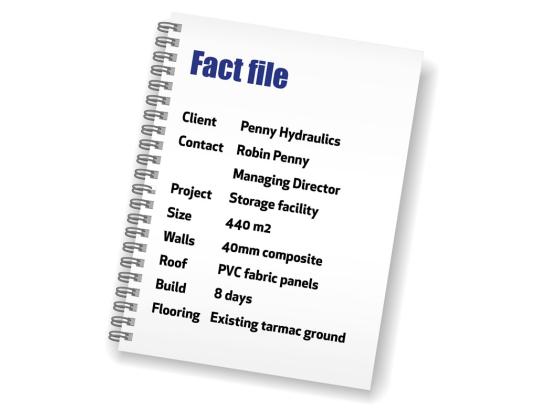