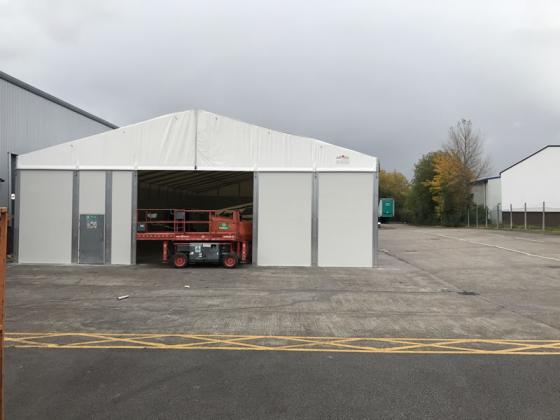 LSE Retail Group fulfils over 1 million customer lighting orders each year from its distribution centre in Manchester. Six months ago, Iain Todd, Operations Director for LSE, opted for a short-term hire on a Smart-Space instant building in anticipation of a move to larger premises.

The 2020 ‘stay at home’ government directive had resulted in a significant increase in DIY projects across the UK; and so lighting supplies were in great demand. What’s more, the increase in new home lighting has been sustained into 2021.

Knowing that LSE would be ordering more stock and there was a shortfall of storage space until the new premises were agreed, Iain opted to hire a temporary unit. “I really didn’t know how long I would need the building for but I did know it was a matter of months and not years so I went for a short-term hire” explained Iain. “We had a lot of stock - and we operate to very high health and safety standards - so additional room for the products and our team had become an urgent requirement.”

Jamie came to see us to help us understand our options

Iain worked with Jamie Southam from Smart-Space initially who visited the site and advised LSE on the best way forward. “Jamie helped me understand what our options were. This was particularly useful as the ground sloped and we obviously didn’t want to invest in a base as this was always going to be a stop-gap measure for us. “We also looked at other providers but found Smart-Space to be easy to work with: cost-effective and clear on what they could provide.”

When it became time to off-hire, Iain emailed both Jamie as initial point of contact and Lisa Clarke as the project co-ordinator and it was taken care of immediately and efficiently. “The removal of the building was timely and professionally managed” commented Iain. “We had a good six months’ use from the unit and when our move started to materialise, we were able to reduce stocks and let it go".

Iain was keen to stress that such a project might appear daunting. Taking on a 40m x 15m PVC industrial tent for just a few months could, on face value, prove to be a lot of work. He pointed out that between his project manager who was co-ordinating the LSE move and the Smart-Space operations team, it was quite straightforward.

“Smart-Space is very good at holding your hand and making each stage quite clear” he concluded. 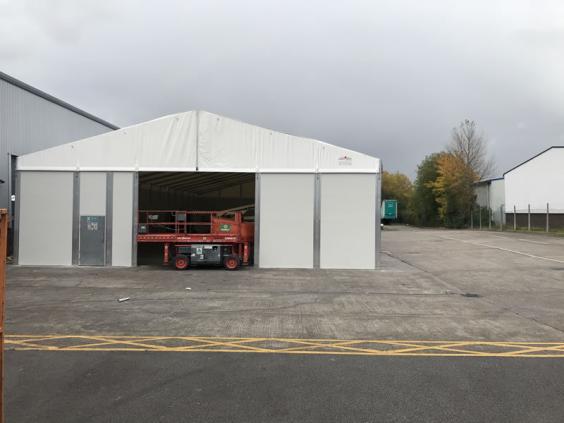 Jamie came to see us to help us understand our options. I’d encourage any business to opt for a Smart-Space temporary storage solution wherever and whenever you might need it. It is a straightforward, no-hassle option.