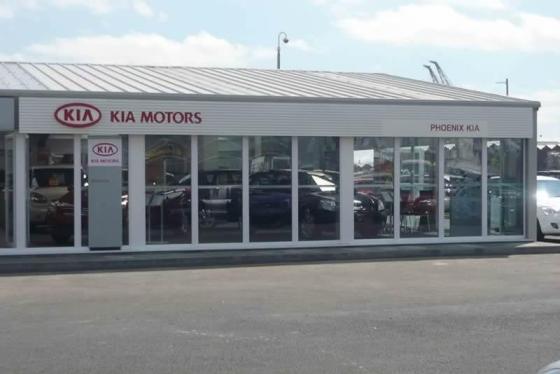 When Kia opened a new showroom in Glasgow, they were looking for a cost-effective means of creating a showroom area, without the capital expenditure of a traditional/conventional building.

As a means of testing the market, the steel building we offered proved ideal because it was supplied in their corporate colours with latest building regulation Part L2 cladding and enabled them to locate the showroom on an existing site which took just 12 days from arrival to handover. 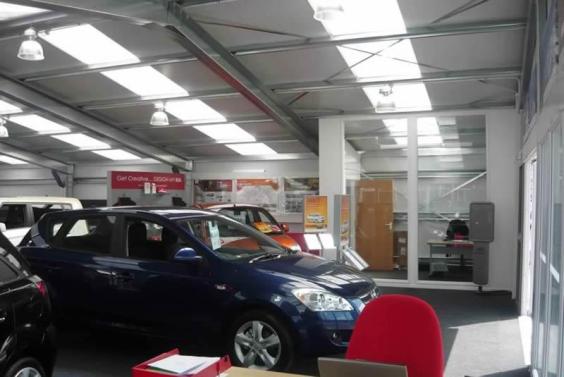 "...some 18 months later, we are happy.. a water tight, heated building which yes, was always planned as temporary, but looks as good as permanent can be."

Kia Motors (UK) Ltd and Phoenix both wanted to have a Kia dealer in Glasgow.

A traditional build was c£300k minimum. Given that Phoenix may have to surrender the lease on the site and relocate within 3 years, writing off £300k over 3 years was not a viable option.

We researched the market for alternatives and finally agreed a deal with Smart-Space.

It made so much sense:

From the point of view of Kia and Phoenix there couldn't be a simpler solution.

We took it, and now some 18 months later, we are happy to still be selling Kia product from a water tight, heated building which yes, was always planned as temporary, but looks as good as permanent can be.

I would recommend Smart-Space temporary buildings to just about anyone.

"...some 18 months later, we are happy.. a water tight, heated building which yes, was always planned as temporary, but looks as good as permanent can be."