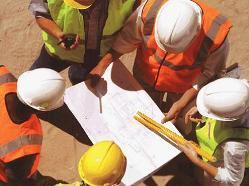 We apply the rules outlined in the CDM regs to ensure that a project is completed safely and without injury or penalty. Where this means that we play our role solely as a Designer or Contractor, we’ll work under you (as the host organisation) to achieve this. We can also increase our involvement to cover other roles as defined in the Construction (Design and Management) Regulations 2015.

We've published this section to help you understand the CDM 2015 regulations and to determine how the regulations apply to your project.

As all types of construction work are covered by the regulations (including new build, extensions, repairs, maintenance, and demolition) it is very important that you pay close attention to them.

The consequences of failing to address them is very severe; aside from any injury that might befall a worker, there are also hefty penalties, a loss of reputation and ability to operate, as well as potential prison sentences for those found to be in breach of the regulations.

Let us assume, therefore, that you probably will need to comply with building regulations and gain planning permission for your temporary structure. The guidelines you will need to abide by in England are the Schedule One requirements of the Building Regulations (2010). These are divided into 16 parts, each covering aspects of construction such a structure, fire safety and noise resistance. In addition to this, ‘Regulation 7’ covers building materials and construction quality.

Part A covers the design and construction of the building. Any temporary building must be structurally sound, safe and stable. Basic design standards must be complied with for all main building materials, to ensure the building has the required strength.

The building must be designed and built in a way that minimises the risk of fire and allows safe evacuation of building occupants. As far as possible it also provides easy access to firefighting and rescue teams, and retards the ability of fire to spread to adjacent buildings.

This section of the regulations stipulates that a temporary building should be adequately insulated to give a reasonable level of heat efficiency. The way these regulations are applied will depend on the heating, refrigeration and ventilation systems you have in place, which in turn will vary based on the use of the building. Some temporary buildings, for instance, are not designed for all year use and so do not have insulation or heating. Other, semi-permanent or permanent structures come equipped with highly efficient insulation and the ability to install cost-effective heating or cooling systems.

The building’s layout and location must give adequate, safe access to all users and occupants. This includes entrances and exits to the building, as well as the circulation of people and vehicles within the building itself. Care must be taken to provide disabled access where necessary.

Temporary buildings designed to incorporate wiring and electrical systems must comply with Part P of the building regulations. This is important to prevent overheating, burns and electric shocks.

In the past, a CDM Co-ordinator would be appointed to advise the client on projects that lasted longer, or involved more people than, certain thresholds They would also advise the client on health and safety issues during the design and planning phases of construction work. But, in reality, this duty holder could easily have nothing to do with all aspects of the project, and on very complex projects it could be easy to overlook a very important part of the project.

Communication between all parties listed below is vital if a project is to be completed on time, on budget, with a minimum of injuries, and lawfully. CDM 2015 puts forward a framework of documents that follow the project, helping to outline all parties their roles, the required competencies, the extent of the task, and the standards their work should meet.

The documents required include:

At a basic level, an organisation may want to accomplish a task. Even if they can fully complete the task in-house, they would still need to prepare RAMS and supervise the workers, these workers having the necessary skills, knowledge, training, and experience.

If the organisation cannot complete this using in-house manpower, it must contract this to another organisation. They then become the Client under CDM. They must still ensure that the workers have the same management, supervision, and qualities as if they were doing it themselves. However, they can rely on one single point of reference at a vetted contractor to accomplish this. As there is more than one organisation involved, a document known as a Construction Phase Plan must be prepared, developed, and shared.

To avoid confusion as to who has what responsibility and duty of care to which workers, a Principal Designer would also be officially appointed. The PD would not necessarily only complete designs for construction layout etc, but also design safety into the project – ensuring the workers completing the project were safe throughout the project duration, and ensuring that the building could be installed, used, maintained, repaired, extended, and demolished safely, throughout the life of the building. An example would be the hazard posed by locating regularly-accessed items in a high, difficult to access place; The PD would ensure that hazards created by working at height or in confined spaces would be considered and the hazard mitigated. The PD may be the Client or another appointed by them. The bulk of the PD’s work would happen before construction work began, but they would still need to be on hand to manage any changes as required by unforeseen challenges.

Many projects involve more than one contractor. Remember, even out-sourced designers engaged before a construction project begins are contractors, and the single contractor engaged by the Client may have other contractors working under them. In this case, a Principal Contractor must be officially appointed by the Client. The PC will look after the execution of the project, based on the information provided by the PD, focussing on man management and safety. The PC role would dove-tail with the PD role; the PC will take the information gathered by the PD and implement it on site. Separating the PD and PC roles means that there is another layer of safety assessment; the PC may spot a hazard that the PD missed. A PD might also complete the work of the PC.

Contractors are parties that are responsible for managing the workforce and completing the construction work of a project. They would be organisations or individuals that directly engage the persons completing the work.

Notification to the HSE

Notification to the HSE

When would a project be notifiable to the HSE? To avoid confusion, all projects should be considered to fall under The Construction (Design and Management) Regulations 2015. In other words, the requirement to appoint Duty Holders and generate the documents above is in force for projects of all sizes. However, the requirement to notify the HSE is only triggered when certain thresholds are exceeded:

If work is scheduled to last longer than 30 working days and have more than 20 workers working simultaneously at any point in the project or exceeds 500-person days.

So, will the project be completed in a week by a crew of 4? Notification not required.

What about a project involving groundworks, demolition, building work, HVAC, mezzanine flooring, and landscaping, engaging 22 people working 230 man days over 11 weeks? Whilst the 22 people involved may appear to breach the threshold, they are not working at the same time. The total man hours is under the threshold too. However, as the duration of the work is over 30 days then, yes, notification would be required.

The F10 is the client’s responsibility to submit, though we are happy to assist any client with this, including advising them of their responsibilities. These responsibilities are not signed away by the appointment of a PD or PC. 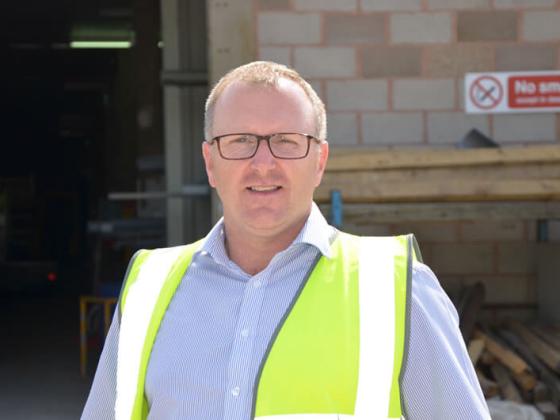 All organisations completing a building project need to meet the requirements outlined in the Health and Safety at Work etc. Act 1974. Whilst some organisations may be unaware of their responsibilities, others have very robust H&S management structures and procedures. Smart-Space take pleasure in working with all organisations from across this spectrum; helping those without  an understanding of the law to meet the standards required, whilst working with a client organisation to address any specific previously identified hazards. Our clear documentation, streamlined H&S process, and experience with liaising on H&S issues means that the project can be managed with a minimum of pain. Smart-Space bring to a project the lessons learned from working with many different types of organisations, from sole traders to multi-national corporations. When you deal with Smart-Space, you deal with an individual with the support of a team; the collective knowledge of projects of this kind means that many things that appear to be too dangerous to complete can be safely negotiated, helping to keep both Smart-Space and the client’s compliance record clean.

Russell Slater is the point of contact for the customer during the installation phase. He will plan the manpower, organise their plant and welfare, and liaise with other members of the team (H&S / suppliers / warehouse / contractors / transport) to ensure that any building is installed as per the schedule.

Ryan Gibson is the person that will liaise with the client and ensure that all standards are being met. He engages with the project at an early stage, works with the Contracts Manager to ensure that all site and task specific requirements (whether internal, customer, and legislative) are met, and is on hand during the installation.

GET your NEW FREE 2020 Planning Guide

“It’s more than a storage facility, it is a complete package”

Smart-Space is a member of Safe Contractor, a leading health and safety pre-qualification assessment scheme, dedicated to promoting higher standards of competence and compliance in health and safety for all professions and sectors.

Hard to believe this is a Temporary Building