A temporary sports facility for Sherburn High School in Leeds 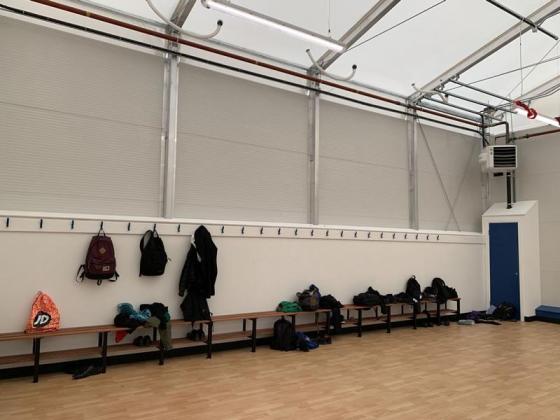 Sherburn High School, with over 750 pupils, situated in a village just outside Leeds, suffered a disaster on 3rd July 2018 when its sports hall was the target of an arson attack and burnt to the ground. Luckily no one was hurt. Not only was the school well insured for a rebuild, but it was also able to install a temporary building whilst the lengthy process of planning and rebuilding a permanent structure could happen in the background.

Led by John Wagstaff, the school’s Site Manager, there were a few considerations - primarily the need to provide a temporary solution very quickly and the ability to work with a number of agencies. In a more complicated arrangement than usual, Smart-Space worked with several stakeholders - Sherburn High School, North Yorkshire County Council, the insurance company, Tom Willoughby (a framework contractor of the council), Align building company and a specialist flooring contractor.

One of the important criteria for Sherburn High School was to use UK-based suppliers. Smart-Space flies the flag by using British made components, sourcing everything as locally as possible and employing its own team of people for the build.

The fire left its own legacy in terms of the after-effects that needed to be addressed so that building work could commence. One of these complications was the requirement for new gas pipes - not an easy job but a major factor that had to be taken into account. A new access road and car park was also built to make the temporary building site viable for all contractors. Even the position of several, well-established, protected trees affected decisions on location of the temporary building.

The new facility, which was installed over a few days during the school’s summer holiday period, consists of a huge hall where a number of sports take place daily - including an indoor high jump, table tennis, gymnastics and PE lessons. There is a large teacher’s office and two cavernous changing rooms that feed off the main entrance hall.

Once inside, the building has a sturdy, permanent feel. It is light and airy and its inflated roof means that it is not susceptible to condensation or damp. “We tend to heat the space if it needs it and then turn it off as it maintains its temperature very well” said Mr Wagstaff.
“It all went like clockwork” said John Wagstaff. “Everyone was very impressed, including the council’s Health and Safety people who operate to really high standards. Tom Willoughby, the framework contractors who managed the project, said it was fantastic”

Working with several contractors to create a temporary building is not new to Smart-Space but it is something they don’t face often.
“Ordinarily, we take on a project from start to finish so this time we had a lot more to do in terms of communication and integrating and managing our part to make sure it all came together, which of course it did!” explained Jason Lynock of Smart-Space.

For the future, the temporary building is being considered for a number of additional uses - as a public sports facility out of school hours and a venue for the school leavers’ events. It will remain in place until the permanent building is completed which isn’t expected until around March 2021. 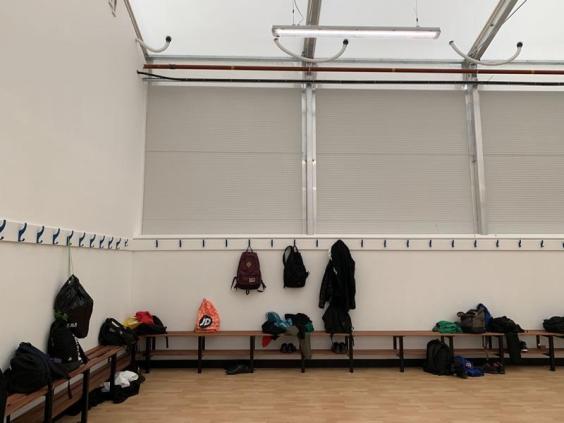 “Everyone was very impressed, including the council’s Health and Safety people who operate to really high standards"

“It all went like clockwork” said John Wagstaff. “Everyone was very impressed, including the council’s Health and Safety people who operate to really high standards. Tom Willoughby, the framework contractors who managed the project, said it was fantastic”.

“Everyone was very impressed, including the council’s Health and Safety people who operate to really high standards"