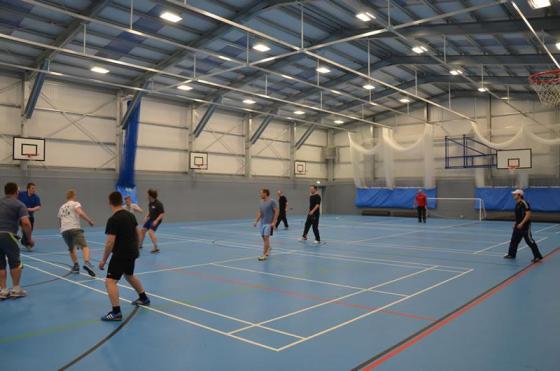 It seems somewhat bizarre to think whilst a number of our staff attended Kingsbury School, it was only by a pure fluke we became involved in this project at all!

It was only down to the eagle-eyed wife of a member of staff who noticed the planning application for a ‘temporary building’ in the local paper, that we became aware of this project at all.

The Headteacher had gone out to tender and had contacted three companies who had put forward tenders to supply a temporary sports hall with a PVC fabric roof.

Jason called him to introduce us as a local company and the headteacher was good enough to receive information on our buildings. 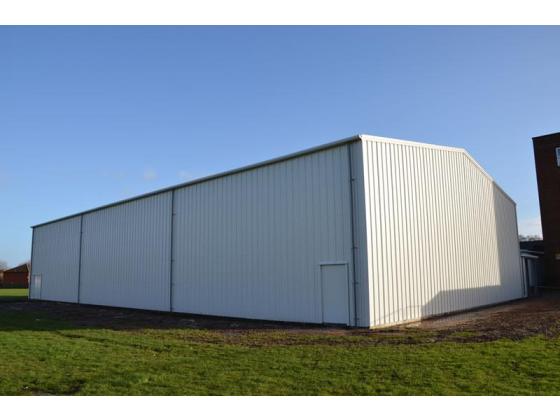 We entered the tender process but rather than simply quote like for like with a temporary sports hall with a PVC fabric roof, we produced a design for three different types of buildings.

The first was the temporary sports hall with the PVC fabric roof which was originally specified. The second was one for a temporary dome structure, which also had a PVC fabric roof. And third option was one of our insulated permanent steel buildings.

There were however a few flaws, as the school was originally thinking of having a portable structure, the current ground conditions hadn't been taken into account, which when having a building of this size is very important. 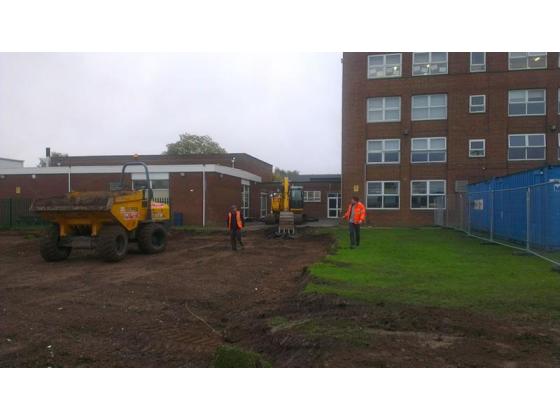 We then offered a full turnkey package including buildings control approval, who would need to see that the ground had been surveyed by an engineer and that the foundation would meet the UK standards for buildings control.

After reviewing the tenders the school board of governors, the head of PE and the headmaster decided to take up our offer to come along to our display centre in Tamworth where we have both the temporary building and steel building systems erected for viewing purposes.

After having half an hour inspecting the buildings and discussing the design they then went back to the school to make their decision. I specifically remember the head of PE who was quite a stocky rugby player pushing the wall of the temporary building and saying this is like the one we have seen and I am sure I could run through this? 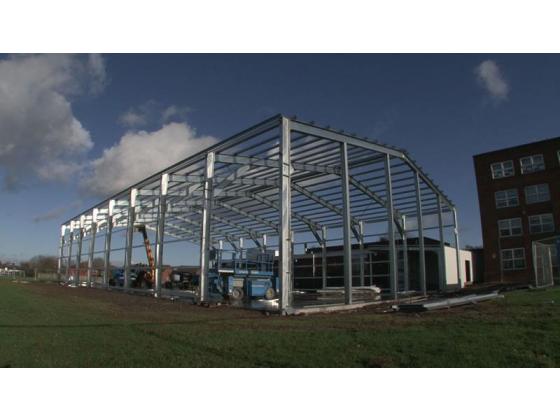 After going into the steel building, I could see he could see the difference - he even got his shoulder right against the wall and said this is a proper building? He quickly realised this was going to be a far more suitable building and arrangement for the purpose.

We were able to act as Principle Contractor for the entire project and manage every phase of the build covering all the CDM aspects. This entailed providing everything from the dig-out and base through every single phase of the supply to handing over the keys as a turn-key project.

We tendered our price and within days the headmaster responded positively saying he wanted to change the planning application to reflect the specification of the steel building, and as soon as the planning officer agreed to the change, the Headmaster placed the order.

And if ever there was an example of why it’s so important to offer the right type of building for the application, this is it.

The building meets the requirements for basketball England and it's slightly too small on the eaves height for full badminton approval, but it does meet the standard for club badminton, it needs to be 7.5m high for full approval. 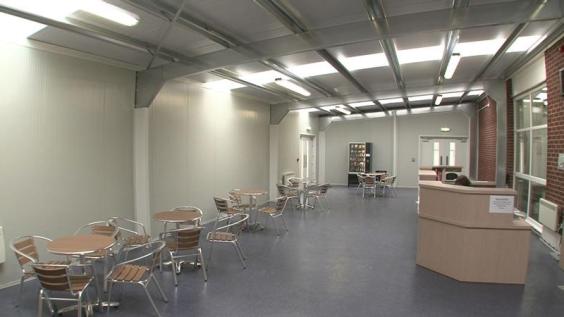 "Again our thanks for a job well done, creating a facility which will benefit both our local community and more importantly our school students"

I would like to take this opportunity to thank you both and all the staff at Smart-Space for your fantastic service over the course of the last 4 months. The Sports Hall has surpassed all our expectations and the project by far has been the easiest building project the school has been involved; principally due to the care and attention given to ensuring that you operate in conjunction and with consideration for the work taken place across the rest of the site.

We would therefore, like to offer the opportunity for you to use our building as a reference site, should you wish to do so in the coming months, with the assurance that our discussions with any prospective new clients will be as positive and affirming as the information contained herein.

Again our thanks for a job well done, creating a facility which will benefit both our local community and, more importantly, our school students for many years to come.

"Again our thanks for a job well done, creating a facility which will benefit both our local community and more importantly our school students"