Exhibition stand stolen, but the show must go on... 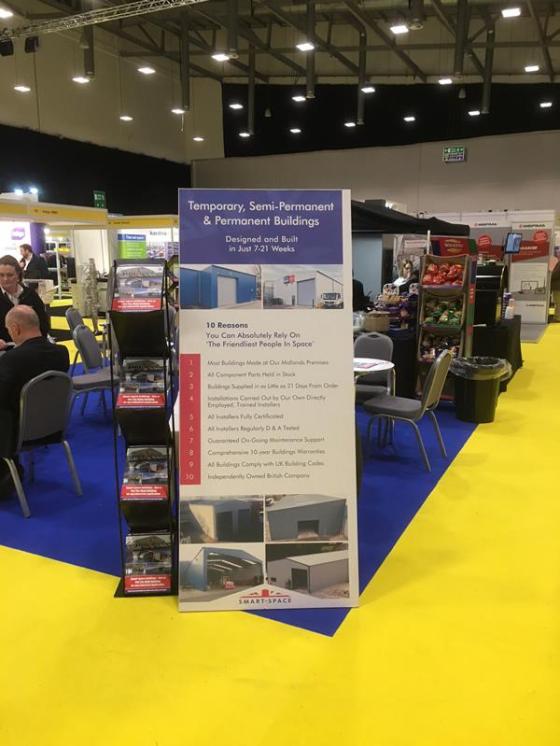 Our ‘home-made’ banner display after the loss

Two members of staff, Russell Slater and Ryan Gibson,arrived to exhibit on our stand at Intralogistex 2018 last Tuesday morning, to find no stand!

You can imagine the anguish and frantic panic which ensued, but fortunately; due to the venue being only 25 minutes from our base, our admin staff swung into action, and we recreated the exhibition posters and literature as best we could, so we could at least attend.

And thanks to the fact our next door neighbour is an exhibition company, they kindly dropped everything to create new banner boards for us.

We finally managed to have the reserve stand up and running by 1.30pm on the Tuesday, having lost the entire first morning..

After which, there was lots of interest in our range of temporary, semi-permanent and permanent buildings, and enthusiastic comments on our efforts to re-create the stand as quickly as we did.

Being in an industry which often revolves around speed of response, we’re well accustomed to rapid action, but this was a new one entirely, on us.

Not only was it our first time exhibiting at an exhibition of this nature, it was apparently unprecedented in the exhibition world.

A number of people have commented they’ve heard of merchandise and stand parts being taken, but never an entire stand!!

We can look back and almost laugh it off now, but it really wasn’t and isn’t a laughing matter.

It was a case of theft and industrial sabotage, which the Police are now investigating.

On a much lighter note, we held a prize draw which was free to enter for anyone visiting the show.

The prize is for a table of 10 persons for a two-course meal at the  Ricoh Arena to watch Wasps V Worcester Warriors on Saturday April 14th 2018, which should be a really enjoyable event for those attending.

The winner has now been drawn and we sincerely hope the winning entrant and guests have a fabulous afternoon’s hospitality!

Keep up to date with all the Industry News — sign up for our Building Updates!