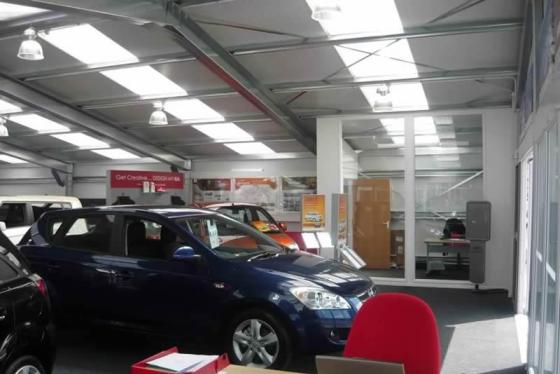 Kia Motors (UK) Ltd and Phoenix both wanted to have a Kia dealer in Glasgow.

A traditional build was c£300k minimum. Given that Phoenix may have to surrender the lease on the site and relocate within 3 years, writing off £300k over 3 years was not a viable option.

We researched the market for alternatives and finally agreed a deal with Smart-Space.

It made so much sense:

From the point of view of Kia and Phoenix there couldn't be a simpler solution.

We took it, and now some 18 months later, we are happy to still be selling Kia product from a water tight, heated building which yes, was always planned as temporary, but looks as good as permanent can be.

I would recommend Smart-Space temporary buildings to just about anyone.