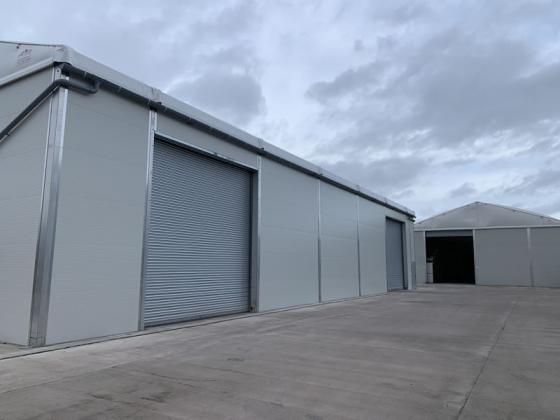 Jim Spencer, Inventory Manager at Rapiscan Systems (pictured top right) in Biddulph, near Stoke on Trent, arrived new to the company to find Smart-Space buildings on-site. He had worked with Smart-Space in his previous role at MAN Trucks so when faced with the decision to install an instant building, he picked up the relationship and a third building was purchased for Rapiscan.

“A priority for me was to relocate all of the stock we were storing in a number of unsightly and impractical stacked shipping containers” he explained. “We were very unpopular with our auditors as it was hard to access and identify these very expensive pieces of equipment”.

Rapiscan designs, manufacturers and supplies security systems to over 170 countries and employs 2000+ employees across its 26 global service centres. It makes screening products and threat detection equipment primarily for airports but its worldwide client base also includes the military, customs, events, the police and other markets where security is a major priority.

So much more space and flexibility

It was essential for Jim and the team at Rapiscan to be able to store millions of dollars worth of parts, some extremely heavy, in a place where they could configure it effectively and maximise storage potential.

“We were delighted that the unit included an extra space at either side of the two roller shutter doors that was the depth of one of our racks. This gives us so much more space and flexibility” explained Jim. “I basically sketched out what I was looking for and that’s what I got”.

Talking of his past experiences with Smart-Space, Jim said that it was an easy decision to reappoint them for Rapiscan.

He said that “after people, space is probably our most expensive investment but the decision to purchase the Smart-Space building means we will break-even after just one year”. The new storage facility means that the expensive parts are so much better protected and the building’s purchase price is met by the saving in write offs and repairs.

Interestingly it suits Rapiscan to have PVC fabric panels on all of their buildings. They like the light they provide. Also Jim commented that, even in the extreme weather conditions that Biddulph is regularly subjected to, the flex in the roof panels helps the buildings withstand even the strongest of storms. In the first building, during the use of a crane inside, one of the team tore a hole in one of the panels. They were able to quickly administer some tape to seal it effectively until a new panel arrived. Again, Rapiscan considered this to be an advantage over a seemingly more sturdy steel panel which is an alternative roof provided by Smart-Space.

The building is situated on a slope, making use of some wasteland and some of the space formerly taken up by the shipping containers. To combat the slope, drainage was installed after the build and this keeps the building dry effectively.

The footprint of the new building is smaller than the total space taken up by the shipping containers. However it has more capacity as it utilises the unit’s vast height and well-planned racking systems.

For the future, Rapiscan plans to continue using the extra space - with storage and equipment testing being their primary uses. 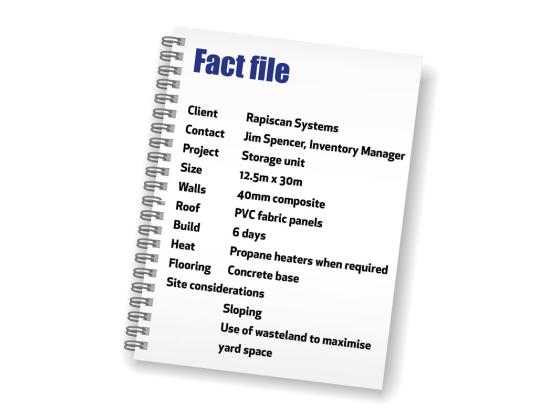 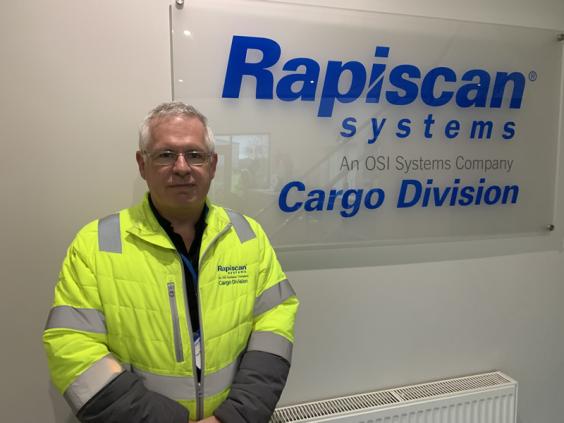 "Smart-Space continues to do a cracking job”

Using Smart-Space for the third time was an obvious choice. They’ve always done a good job and continue to do a good job.

After people, space is probably our most expensive investment but the decision to purchase the Smart-Space building means we will break-even after just one year.

"Smart-Space continues to do a cracking job”