Our temporary buildings are perfect for padel 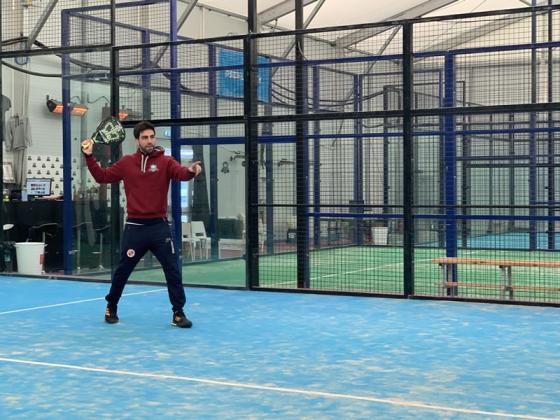 We are always talking about making the most of existing sports facilities and this has never been more topical at a time where a new sports craze is gaining momentum in the UK. Padel tennis is becoming really popular and provides a great opportunity to create an inexpensive and fast-growing sports community. You can make the most of any existing scrap of land you have by converting it into playable padel courts very easily.

Stratford Padel Club is situated on a disused car park

We’ve worked with some really interesting clubs including Stratford Padel Club in London. Javier Fernandez, owner, set up his 3-court club on a disused car park in East London, right next to the Olympic Stadium. He liked the option of a Smart-Space temporary building because it offered clear space, was inexpensive to rent and built within a few days. Javier and his team went on to build changing rooms, a gym, bar and waiting area – and a fantastic business.

Padel is the next big celebrity craze

Designed for four players on courts that are 25% smaller than tennis courts, padel is becoming the next big thing. Recognised as a form of tennis by the LTA, it is favoured by sports people all over the world - Lionel Messi even has his own padel court in his Barcelona home where he plays regularly with Luis Suarez. Liverpool manager Jurgen Klopp plays padel with his coaches as a way to relax and resolve issues. Grand-slam tennis player Jamie Murray is also a big fan and plays socially as well as with the British Padel Tour event.

The LTA is keen to develop the sport in the UK and expand the number of courts currently available – currently just 82 [as at November 2020, source: LTA.org.uk] so it has some grant funding options available. Our courts meet LTA guidelines so their funding is also an option if you work with us.

Go big or keep it simple

The level of commitment and investment is entirely up to you. You can create a full sports club vibe with multiple courts, changing facilities, a refreshments space and other options such as a gym area or you can keep it simple and cover a single court with a canopy. With either of these approaches you won’t need to involve any other contractors – there are no footings to be dug or architects needed, we just take care of it all for you.

A padel club is relatively inexpensive to set up, it’s all-weather and a good source of year-round revenue for any school or sports centre. At Smart-Space we can provide options to rent or buy and we can even give you access to people who have done it very successfully.

As you can tell, we’re big fans of padel and have seen it develop as a business for our customers who go from strength to strength. We’re just in the process of extending an existing building to incorporate a further court – and it’s something we can even do while the other courts are in use! 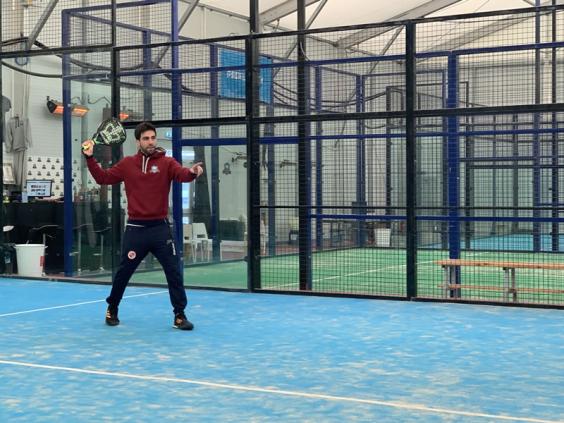 Smart-Space took the time to really help us - just at the point that we were about to abandon the project.

They even advised us on some of the building work we were undertaking ourselves - they were really helpful.

Smart-Space is a member of Safe Contractor, a leading health and safety pre-qualification assessment scheme, dedicated to promoting higher standards of competence and compliance in health and safety for all professions and sectors.

“It’s great that we can temporarily use this vast building for classrooms while the rest of the school is being built!”

Feedback from our clients on our customer service